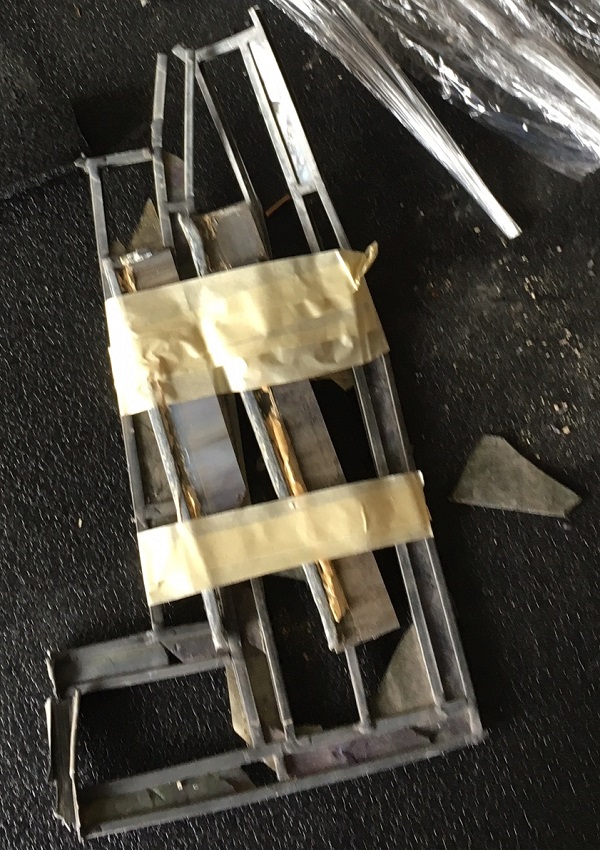 The Bales Avenue Community Church is a small Baptist church located in a historic neighborhood of Kansas City, Missouri. Though decades old, the church is still frequented by many members of the local community and is deeply cherished.

On one morning a few years ago, the members of the church opened the doors and found that the church’s beautiful stained glass windows had been very severely and deliberately vandalized. Specifically, an unknown person had thrown rocks at the stained glass during the hours when the church had been unoccupied the previous evening. 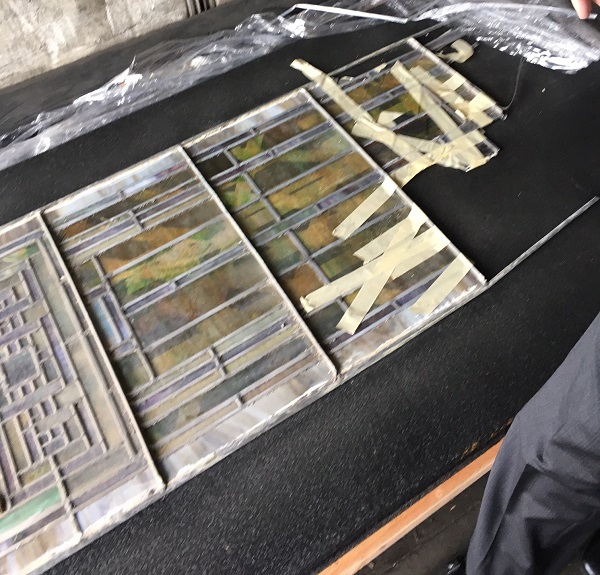 The church members called our company to ask what could be done to save their beloved stained glass. The stained glass was, after all, almost as old as the church itself and was of great value both historically and sentimentally. When we arrived to inspect the stained glass, we found that the damage was extensive.

Fortunately, the damage was not so severe that restoration would be impossible, so we decided to transport the glass to our studio where we had a large inventory of stock glass that could be used for replacing the very badly damaged pieces. During transportation, the glass suffered further damage due to its old age and fragility. By the time it arrived at our studio in Colorado, it was almost impossible to tell what the original design looked like. 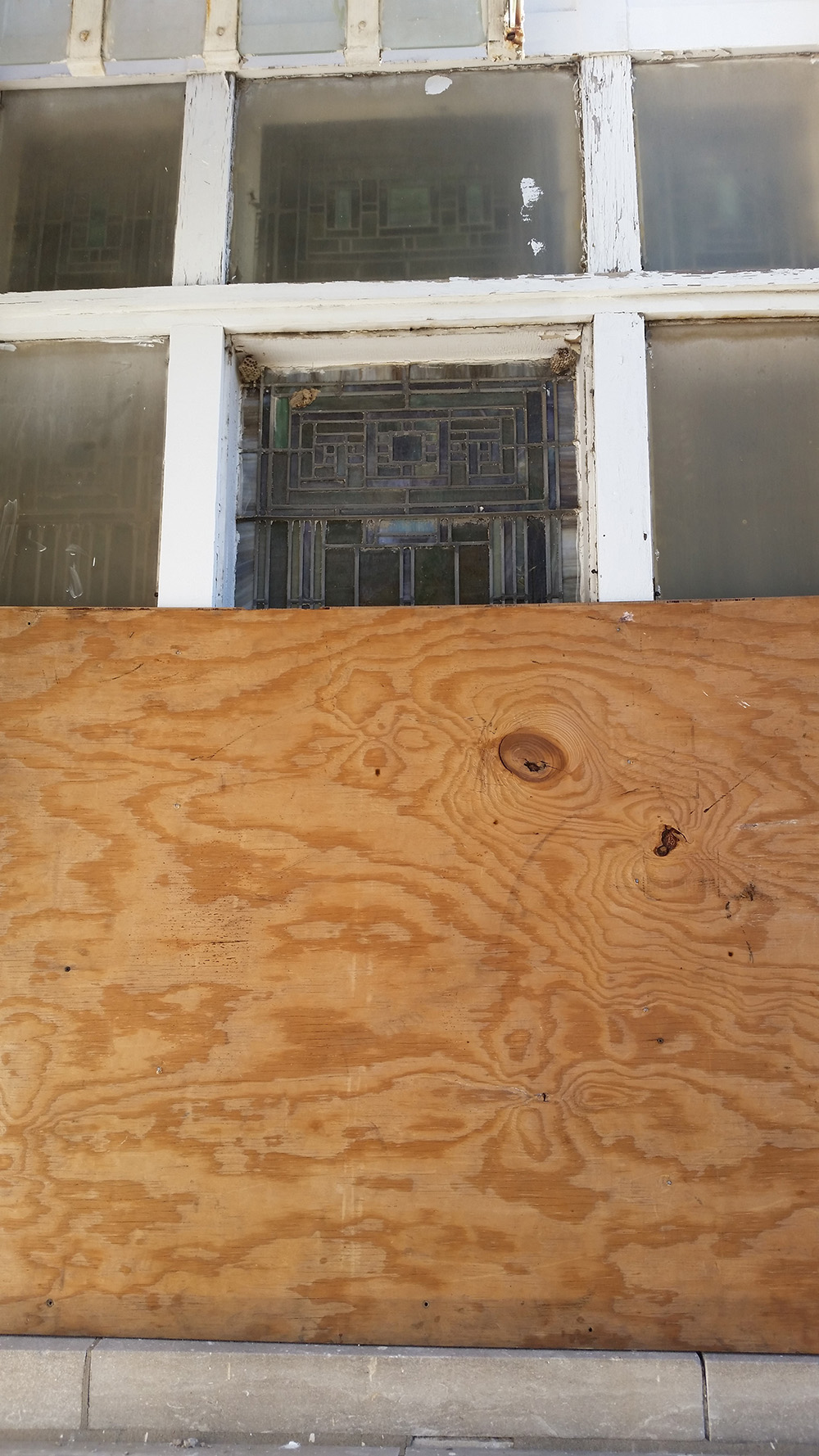 However, our years of industry experience have led us to discover a few tricks that can make restorations possible for even severely damaged windows. As a solution, we returned to the church and took photographs of the other stained glass windows that had not been vandalized. We also took charcoal rubbings of the windows to use for the creation of the CAD design of the damaged one. Rubbings are one of the many traditional methods for stained glass restoration that have been used for hundreds of years.

By doing this, we were able to recreate the original design of the window. What remained of the original work was carefully cleaned by soaking the glass in a soap solution and then removing the dirt. The window was carefully disassembled, and all glass that was in good condition was set aside so it could be used for the restoration. Pieces that were badly damaged or missing were replaced using our stock inventory.

The window was rebuilt using new lead of a similar profile, matching replacement glass, and the original pieces that could be kept. The panels were cemented for extra strength, and waterproofing and reinforcing bars were attached to support the weight of the glass and lead. The newly assembled window was cleaned and brought back to the church.

In the end, not only were we able to recreate the original design of the stained glass window, but we were also able to reverse the signs of aging by removing the built-up dirt and grime. This allowed the window to have an even more beautiful and vibrant appearance than it did before. The church and the community can now enjoy their treasured art for another 100 years.

Bring new life and beauty to your church with church stained glass restoration from Scottish. Contact our office to speak to a designer about your project or to receive an estimate on our services.

An essential guide to: Stained Glass Restoration
CONTACT US