Restoring the Stained Glass Windows in the Historic Vernon A.M.E. Church in Tulsa 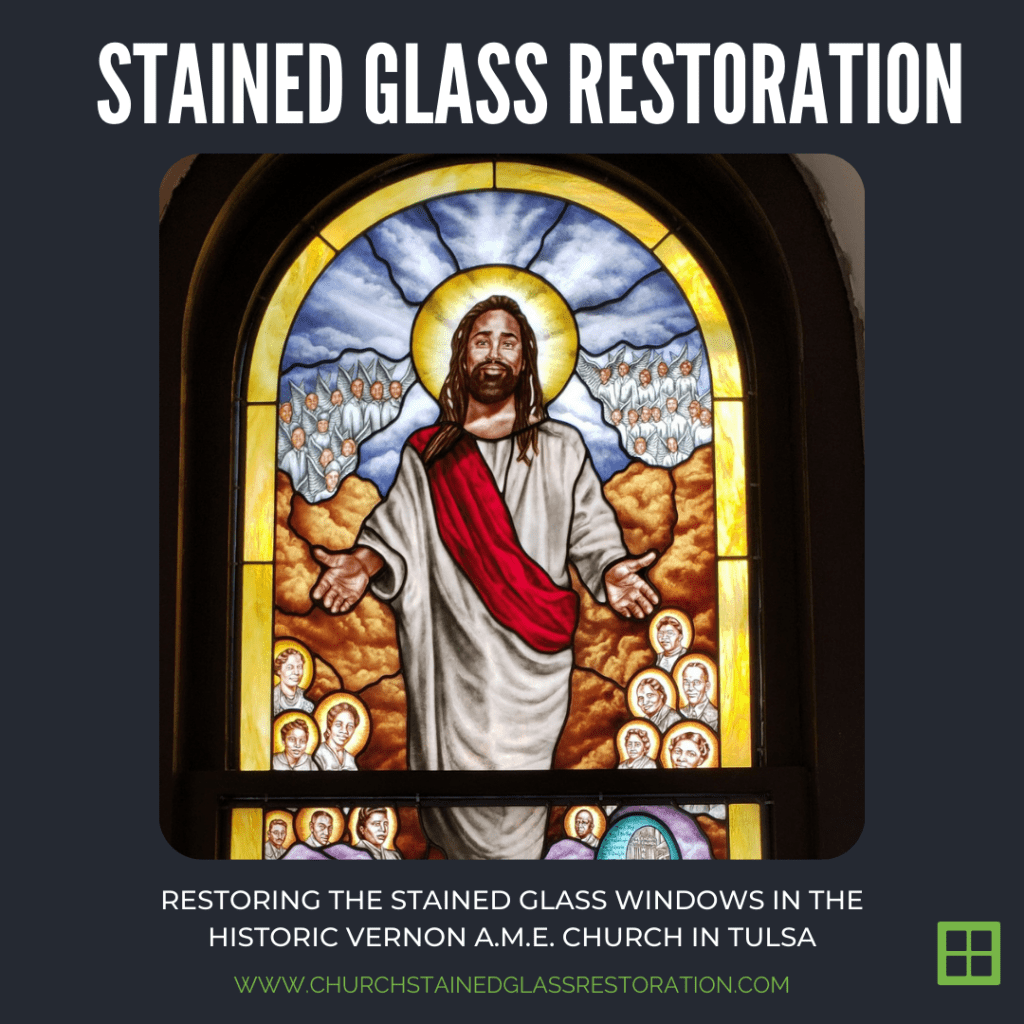 Over the years that we’ve been restoring church stained glass windows, we’ve gained a deeper understanding of how churches are connected to their community. In addition to their religious work, churches provide important services like education, public health services, charitable services such as clothing drives and food supply. They do this all without asking anything in return.

That’s why, for us, it’s such a rewarding experience to be able to give back to churches. In a way, it feels like we, too, are helping to give back to the community by supporting one of its most fundamental institutions. When we restore their stained glass, and see the joy that it brings them, it’s a very endearing and heart-warming experience.

Just recently, we had the chance to be part of a particularly rewarding project for the historic Vernon A.M.E. Church in Tulsa, Oklahoma. Below, we’ve shared the details of this project, including the stained glass restoration process and the church’s reaction.

The Vernon A.M.E. Church: A Sanctuary for All

On the surface, the Vernon A.M.E. Church looks any ordinary church. But nearby residents in Tulsa know better. The church is a symbol of hope and resilience for the community. Long ago, it played a key role in the survival of several residents during a particularly violent event during which several buildings in the neighborhood were destroyed and burned to the ground.

In 1921, an angry mob of Caucasian people stormed the neighborhood, which was known at the time as “Black Wall Street” because of its affluent African American community. 300 people were killed during the riots known as the 1921 Tulsa Race Massacre. Almost all of the buildings in the area were destroyed or burned down.

Several residents managed to escape the violence by fleeing to the church. There, they took harbor in the basement and waited for an end to the rioting. When they emerged, they discovered that, though damaged, the church was the only building that survived the mass destruction.

Afterwards, the church members rebuilt their beloved house of worship so that they could continue to hold service. The repairs were financed using their own money. During this time, a set of stained glass windows were added and other improvements were made. Stronger and more beautiful than ever before, the church became known as a symbol of hope and resilience.

Today, the Vernon A.M.E. Church continues to carry out its vital role of supporting the community through acts of kindness. This includes its daily meal provision service, an act which ensures that no community members go hungry despite their state of homelessness.

The stained glass windows that had been added to the church in 1921 were beautiful. However, over the years, they suffered considerable damage due to the harsh weather and climate conditions of the region. It became evident that repairs were needed.

We set out to inspect the stained glass and see what could be done. We discovered that there were 130 panels, all of which needed attention. The window frames were rotted and needed to be replaced completely. Of the approximately 5,000 individual pieces of stained glass, 700 were unsalvageable and would need to be replaced entirely.

Everyone pitched in and worked together to make the restoration possible. The church launched a fundraising campaign, which turned out to be quite successful. Several anonymous donors stepped forward and made significant contributions. A local mill company carried out the task of creating new wooden window frames. Meanwhile, we began the process of taking apart and restoring the stained glass.

To replace the missing pieces, we acquired the assistance of a U.S. based stained glass manufacturer. After examining some of the pieces, the manufacturer was able to develop a custom formula based on the texture, color, and density of the glass.

While the new stained glass was being produced, we started repairing as many of the windows as we could. Using the original glass, we restored and rebuilt several panels. Then, when the new glass arrived, we completed the rest. This allowed us to work quite quickly and complete the repairs in only six months.

Memorial Window Added to the Church

Unfortunately, there was one window we could not repair because it was missing entirely. As a solution, we decided to create an entirely new window as a replacement. This was designed to be a memorial window that would commemorate the church’s honorable actions on that dreadful day in 1921.

When we were finished, the memorial window had an estimated value of about $25,000. As a gift and a token of appreciation, we decided to donate it to the church free of charge.

The very best part of this project was seeing the church’s reaction after the restoration was finished. When the stained glass was revealed to the congregation, their eyes lit up with joy and everyone smiled. The pastor was so full of joy and gratitude that he actually kissed the stained glass! We are so honored to have been part of this project. It was a truly memorable experience and one that we will never forget.

If you have questions about our work for the Vernon A.M.E. Church in Tulsa or stained glass restoration in general, we would love to chat. Just give us a call or send us an email and we will be in touch soon! 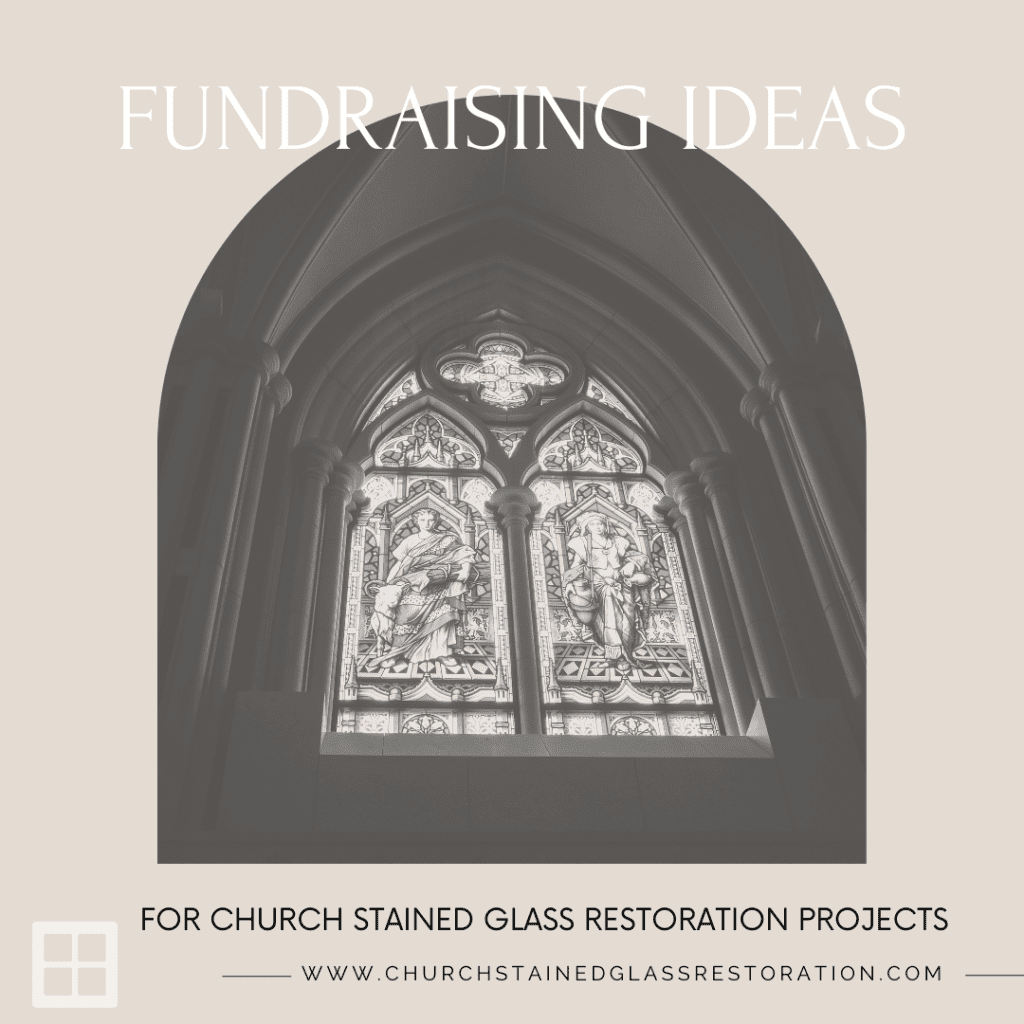 Previous Post Why Most Churches Use Fundraising to Restore Stained Glass 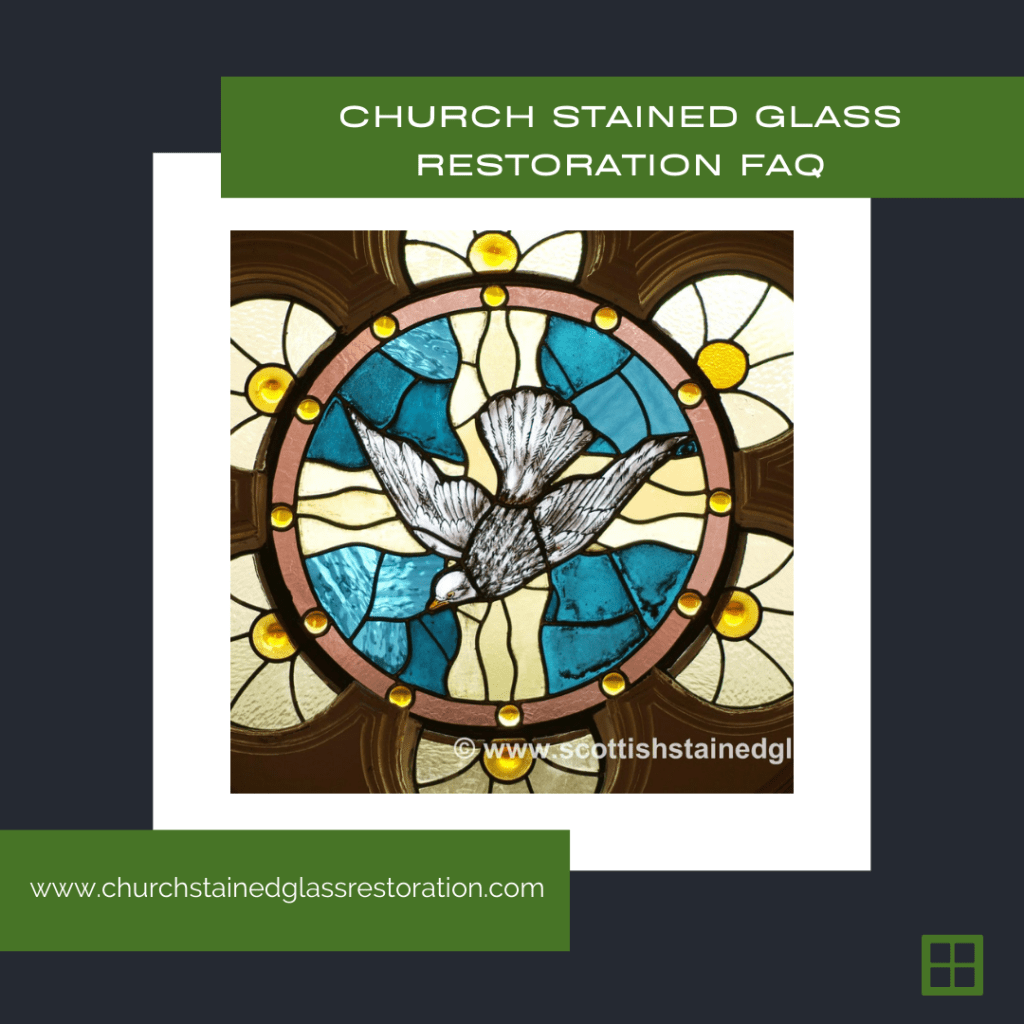 January 26, 2018 Why Plastic or Fiberglass Coatings May Be A Bad Idea To Protect Stained Glass Read More 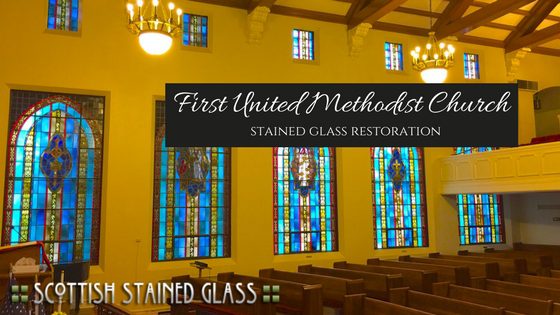